OR Tambo airport was not always named this and before was called the Johannesburg International Airport and before this it was called the Jan Smuts International Airport. The name was first changed in 1994 after the new South African Government came into being and in 2006 it was once again renamed to OR Tambo in dedication to the former President of the African National Congress.

The OR Tambo airport is classified as a hot and high airport which means that because of where it is placed the air is thin as its 1700 meters above sea level. The effect that this has on the airplanes is that the aircraft’s need to reduce their weight by having less fuel. Also the runways are also longer because of the air being thin.

A few features available at OR Tambo Airport 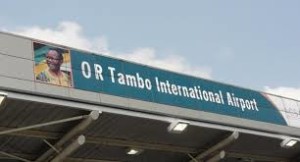 There is plenty of paid parking at the airport which can be paid in cash or with credit cards. Parking areas were also included in the refurbishment of the airport and now includes technology which