Johannesburg – a jovial stone’s throw away from a thousand thrills

Whether you’re in a Jozi, as Johannesburg is affectionately known in South Africa, for a day or a week – there’s no excuse not to go all-out for a full-blown adventure! The best part is, you won’t have to go in search of it very far.

As for seeking a thousand thrills, how about one million? World-renowned Sun City famously offered you every kind of adventure you could wish for in one destination. It’s almost too good to be true, but your airborne Sun City transfer from Johannesburg Airport will only take thirty-five minutes.

If you’re brave and would like a taste of road adventure by opting for self-drive packages to Kruger or Sun City, the logical thing to do is to get a car rental at Johannesburg Airport. There are at least ten car rental companies at the airport, including international ones such as Avis and Hertz.

It is always best to book before the time though, especially if you’ll be in South Africa during peak season. Peak seasons run from November to end of January, and again in March and April. These are the traditional Easter and Christmas holiday times, during which locals also enjoy exploring their country.

Hoedspruit Airport is in southern Kruger, while the other two are near to the central Kruger entry points. 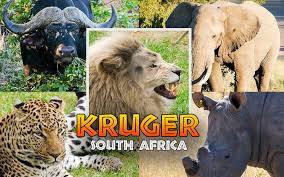 Cumulatively, there are over 35 flights a week directly to Kruger. If you know which camp at Kruger you’ll be visiting, here’s a guide for which airport transfers from Johannesburg in South Africa  to take:

Transfers from Johannesburg to Kruger National Park are well worth the effort, even if you’re only going to be around for a relatively short period. Here are but some highlights you’re likely to experience:

If you’re looking for airport transfers from Johannesburg in South Africa  (OR Tambo) to Sun City, you’re in luck. You’ll fly from OR Tambo Airport to Pilanesberg Airport in thirty-five minutes, and from there it’s ten minutes to Sun City. There is no shortage of private, Uber-style taxis in Pilanesberg, and many dedicated tour operators just waiting to ferry you to Sun City once you’ve arrived. Most flights also, in fact, have included in their price the cost of the shuttle transfer to the resort itself.

These airport transfers from Johannesburg in South Africa to Sun City are now available four days a week.

Your  Sun City transfer from Johannesburg Airport is well worth it, even if you just go for a weekend escape. Sun City is a safe, sought after and family-friendly destination with so much on offer, including:

Other options to Sun City and Kruger

Transfers from Johannesburg to Kruger National Park and for Sun City can also be done by the many shuttle-like services on offer. These are private taxi-like services dedicated to servicing the Joburg-Sun City and Joburg-Kruger routes via road around the clock. Make sure to change your currency into rands though because if you’re paying in cash, it needs to be in the local currency.

You can also book these services online. Fees structures vary according to the time of your pick-up, number of people, kind of vehicle and degree of luxury you require.

Your road transfer to Sun City will take about three hours and to Kruger it will be just over four hours worth of driving, in off-peak times.

It doesn’t matter how you get to these two premier destinations, just make sure you get there if you can!