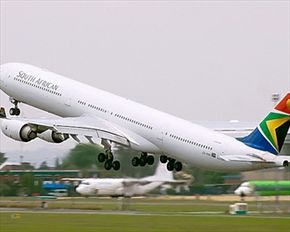 As the country’s leading airport, O.R Tambo International Airport services local and international flights from Johannesburg to 93 destinations on airlines from 5 continents around the globe. It is a world-class airport featuring state-of-the-art facilities, amenities, hotels and terminal buildings.

Perfectly situated in the heart of Johannesburg’s industrial hub, the airport boasts impeccable road infrastructure linking it to major routes in and out of Kempton Park, as well as easy access to Gauteng’s R21 and R24 freeways connecting to Pretoria and central Johannesburg respectively.

Founded in 1952 as Jan Smuts International Airport, O.R Tambo International Airport was built in the old Witwatersrand and was immediately established as the country’s main airport, with two smaller airports to be built in Cape Town and Durban. By the late 1960s and early 1970s, and with the increased popularity of jet passenger aircrafts, Jan Smuts International Airport saw expansion projects take place to accommodate road access, parking areas, retail areas, car hire and even a hotel. By the time the Boeing 747 became the choice aircraft for South African Airways, the sheer size of the aircrafts required that new hangar facilities be built to accommodate the planes which would see their first flight to London in December of 1971. Less than a year later, the 4 Boeing 747 aircrafts at Jan Smuts International Airport were servicing daily flights between South Africa and the world. With the increased traffic, came additional buildings such as workshops, testing facilities, stores, and even staff accommodation.

By the time the United Nations Sanctions were imposed against South Africa, many countries stopped trading with the country and many international flights to and from South Africa stopped entirely. The sanctions also meant that South African Airways was not allowed to fly over most African countries. This meant that SAA would have to fly around the bulge of the continent and to do so would require specially modified long-range aircrafts. With the introduction of the Boeing 747SP, a second runway was built at the airport.

By the end of 1993, the airport saw a major upgrade which included more passenger-friendly accommodation and accessibility. A new airside bus terminal was added and provision was made for future extensions.

In April 1994, South Africans from all walks of life participated in the country’s first free and fair general elections. It was the first time that citizens of all races were allowed to take part in the voting process in the country, and the result saw the end of apartheid rule. On the 26th of April 1994, South Africa’s new flag was raised. The end of apartheid also saw the name of Jan Smuts International Airport being changed to Johannesburg International Airport.

By the mid-nineties, Airports Company South Africa was established and the commercialisation of the airport began. New passenger, retail and airside facilities were introduced to handle a larger number of aircrafts and passengers. By 1996, Johannesburg International Airport had overtaken Cairo International Airport as the busiest airport on the African continent.

In 2005, a proposal was put forward to change the name of the airport in honour of the late former ANC President and anti-apartheid politician Oliver Reginald Tambo. On the 27th of October 2006, Johannesburg International Airport’s name change to O.R Tambo International Airport was implemented with the unveiling of new signs at the airport. In 2010, ahead of the FIFA World Cup to be hosted in South Africa, the airport underwent another major upgrade in an effort to ensure it was ready to host travellers from across the globe for the month-long international event.

Today, O.R Tambo International Airport remains the continents biggest and busiest airport and on the 27th of October 2020, a nine-metre statue of O.R Tambo was unveiled at the airport in honour of the late politician. 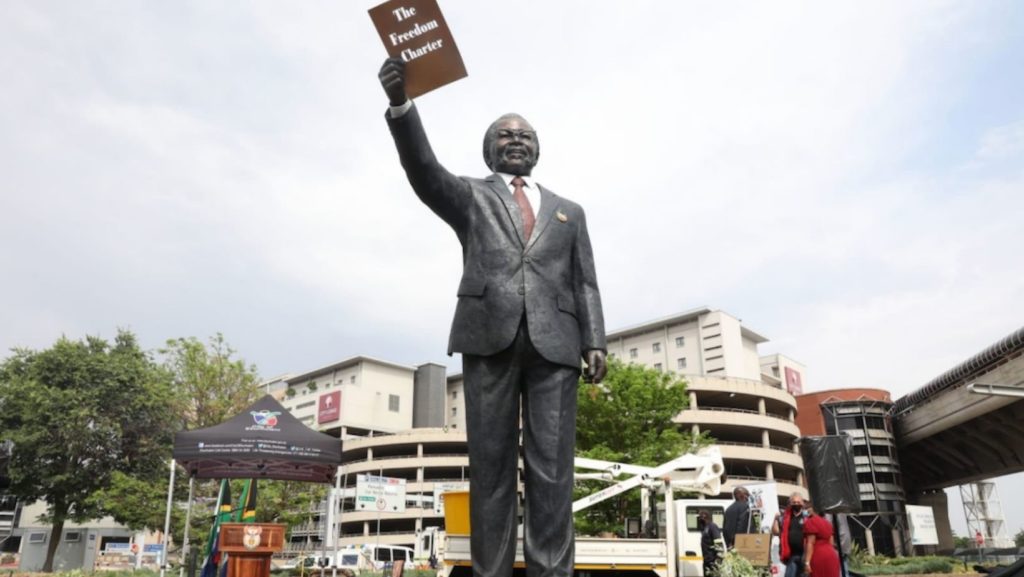 What was O.R Tambo International Airport called before?

What is the largest airport in South Africa?

Where can I fly to from O.R Tambo International Airport?

O.R Tambo International Airport services thousands of passengers travelling on international flights from Johannesburg to 93 destinations across the globe and locally. While some countries have currently imposed travel bans on South Africa, there are still destinations that you are able to fly to from Johannesburg. Whether non-stop and direct or connecting through other locations, O.R Tambo International Airport is a world-class airport opening up the globe to all its passengers.

What are the airlines at O.R Tambo International Airport?

Airlines Which have Currently Suspended Flights from South Africa