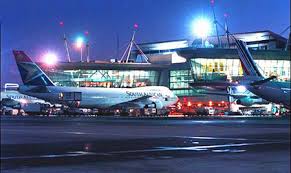 The Oliver Tambo Airport which is based in Johannesburg, South Africa serves as the main entry point for visitors into the country. It is located in Kempton Park and handles much of the country’s air passenger count.

History of the Oliver Tambo Airport

Facilities at the Oliver Tambo Airport

Banking – 5 banking institutions have a branch at the Oliver Tambo Airport. These are FNB, Standard Bank, Nedbank, African Bank and ABSA. ATM’s can also be found throughout the terminals for access to cash. Foreign exchange services at the airport can be done at Bidvest Bank, Travelex and Master Currency. 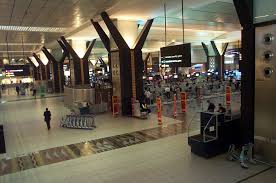 Lounges – there are over a dozen business class lounges at the airport. Business class passengers on a flight have free access to their airlines lounge. Access can also be gained by other passengers, though they will have to pay a fee. The lounges offer a quiet area away from the rest of the airport with snacks, drinks, and Wi-Fi as well as shower facilities.

Conferencing – a full conference centre in the domestic terminal is available for hire for conferences, seminars or general business meetings. There are 10/12/14 seater rooms, seminar rooms for up to 50 people and a conference room which can seat 60 or 120 people.

Disabled facilities – the airport caters strongly to the particular needs of disabled travellers with special parking bays in the Parkade area as well as ramps, specials lifts and toilets in the terminals. 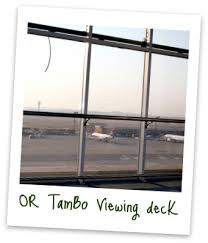 WiFi – WiFi is available in certain areas of the terminal buildings for visitors to the airport. The service will need to be registered for before it can be accessed. If there is any trouble, the information desk at the airport can be sought out for help.

Medical bay – the medical bay at the Oliver Tambo Airport is open 24 hours a day, ready to tackle emergency treatment. The bay also houses among others, a General Practitioner, Dentist, Optician, Gynaecologist and Physiotherapist. The bay is also available for travel vaccinations and counselling.

Post office – a Post Office can be found in the International terminal and a Postnet in the Domestic terminal.

Viewing deck – there are 2 viewing decks at the Oliver Tambo Airport which can be found at the Domestic and International terminal buildings.