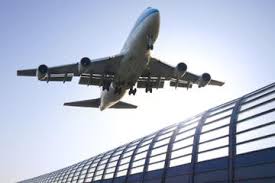 The fact Johannesburg is situated in the wealthiest province of South Africa, Gauteng, is no coincidence. You’ll feel the hustle, bustle and booming potential the moment you land at the award-winning OR Tambo International Airport. City life can be intoxicating and frenetic though, so it should come as little surprise that locals thrive on the many exciting and idyllic getaways around Johannesburg.

And, undoubtedly, the best one-stop destination for all the adventure you can handle is Sun City, a mere two hours from the city. Whether you’re seeking sun, surf or safari, booking your transfer from Johannesburg airport to Sun City before you land is a safe bet indeed.

In general, Johannesburg transfers from the airport to anywhere are a sleek affair. There are numerous options to choose from. Johannesburg transfers via public transport basically utilise the Gautrain, a mass rapid metro system with predetermined points. This is not ideal if you’re lugging many bags or need to veer off-route, but is highly efficient should you simply need to connect to Sandton or one of the other predetermined stops.

Private Johannesburg transfers also abound a-plenty. Check with your destination before the time if they operate their own private transfer vehicles and meet-and-greet set-ups, and also enquire as to cost. While going this route is convenient, it can be costly.

There are many privately own shuttles and cab services though that more than adequately service the need for Johannesburg transfers to just about anywhere. You won’t have any problem

arranging Johannesburg transfers at the aiport when you land – go to the information kiosks or the tourism desk. Uber is not legally allowed to fetch you at the pick-up taxi ranks, but you can book an uber-style cab online through one of many services and wait in an obvious area for your driver to find you.

Sun City is 200 kilometres away and a two-and-a-half hour drive, depending on the traffic. You may opt to drive their on your own, as some people do. In that case, getting a car rental Johannesburg airport is the way to go. All the major car rental companies have a presence at the airport, just be sure to bring a valid driver’s licence. If you’re looking to book a specific type of vehicle, it may be best to book before the time.

The local airline South African Express offers three flights of just over thirty minutes in duration to Sun City, should you wish to fly and transfer from Johannesburg to Sun City this way. The flight lands at Pilanesberg Airport, a very convenient location as Pilanesberg is also home to the local Big Five game reserve in the Sun City precinct.

Sun City is the epitome of luxury, thrilling adventure, satiating safari escapes and beachside fun all rolled into one. It is the brainchild of South African hotel magnate, Sol Kerzner. Sun City was attracting it’s fair share of international stars and rock n roll performances long before South Africa was fashionable as a destination, thanks to it being insulated as an island-cum-city escape of its own. Sol Kerzner would go on to build the highly rate One and Only in Cape Town, a premier deluxe world destination. He also owns luxury hotel chains in Barbados and Mauritius, amongst other A-listed destinations. 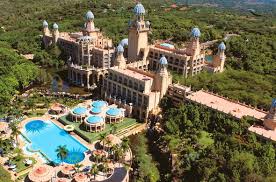 The Valley of Waves was an engineering feat when it was first constructed. Man-made technology has been used to simulate ocean waves and tones of soft white sand has been bussed in to truly simulate a beachfront experience. Needless to say, water sports is a must-do at Sun City. It is also possible to access the Valley of Waves as a day visitor.

Fancy a round of golf? Then you’re in for a treat. The golf estate is world-class and still home to many top championships today, having been designed by former world champion and golfing legend Gary Player. In fact, Gary Player has been inducted into the South African Hall of Fame in October 2017. And the venue for this induction? You guessed it – none other than Sun City, of course!